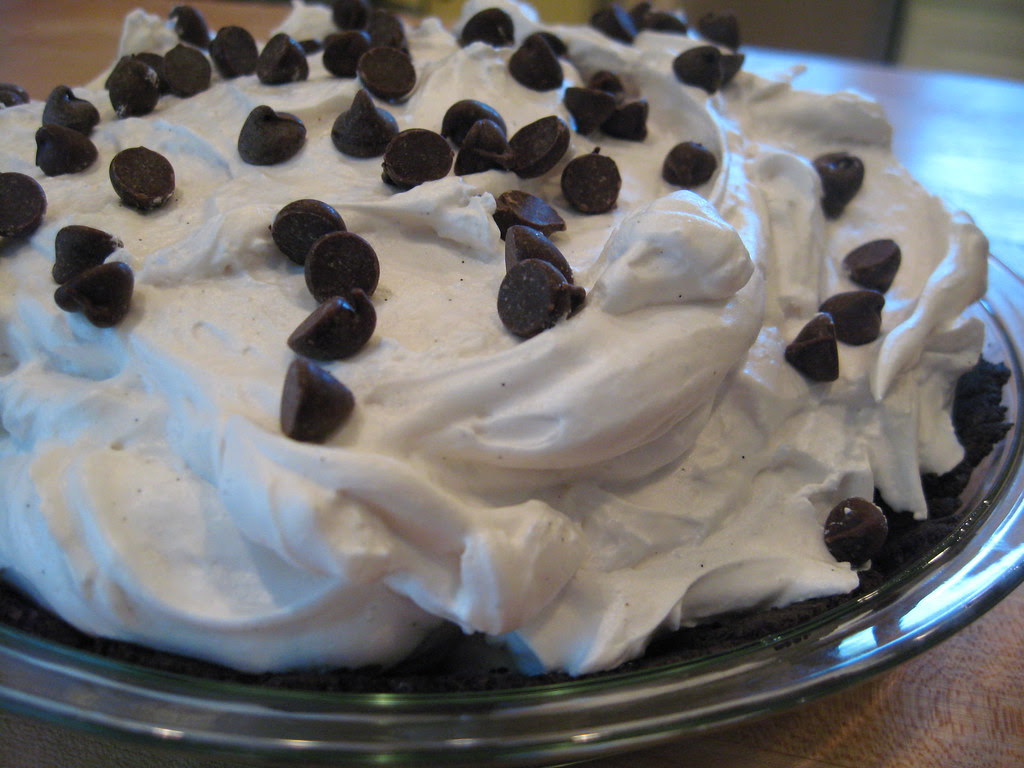 I have been working feverishly to perfect the marshmallow recipe, and it's just about done. Only a touch more tweaking left to do. I'm so excited! Once the recipes are perfect, I'm going to put them together as a small marshmallow e-book (along with a how-to video clip). Think of it as a modern-day 'zine. Then everyone can make them at home! Don't worry, this marshmallow pie is one of the recipes. 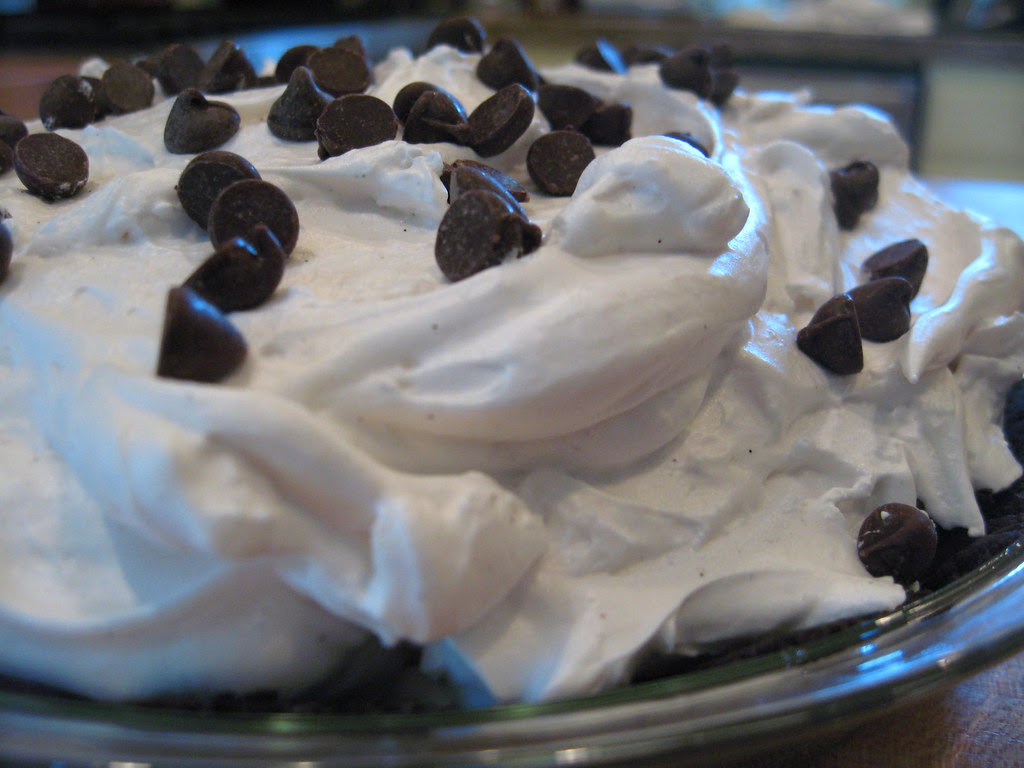 I brought a couple of the pies to a gathering last weekend, and both pies were devoured in under a minute. I kid you not! I wish that I had gotten it on film, because it was truly something to see.

Now, on to some homemade ice cream... 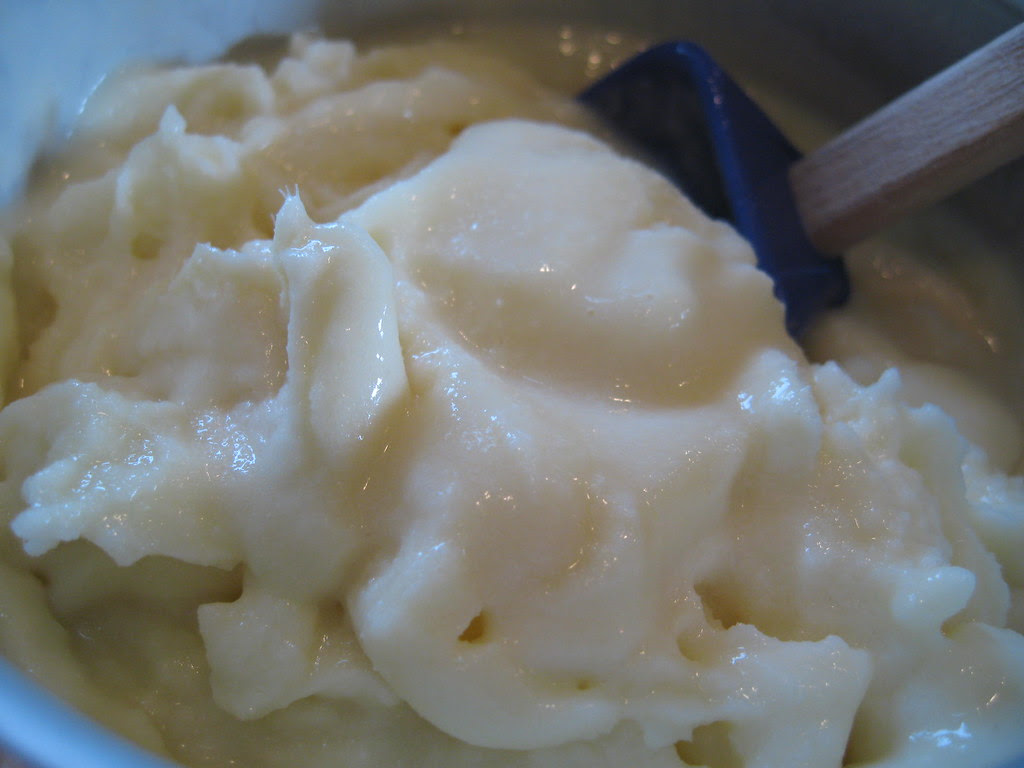 This recipe came about because I needed a quick and easy ice cream recipe for one of my segments on "Better". It's not only creamy and utterly delicious, but extremely easy to make (provided you have a blender and ice cream maker). I am going to try and tape this recipe, along with another new recipe for vegan soft serve, in the next week or so for Everyday Dish. 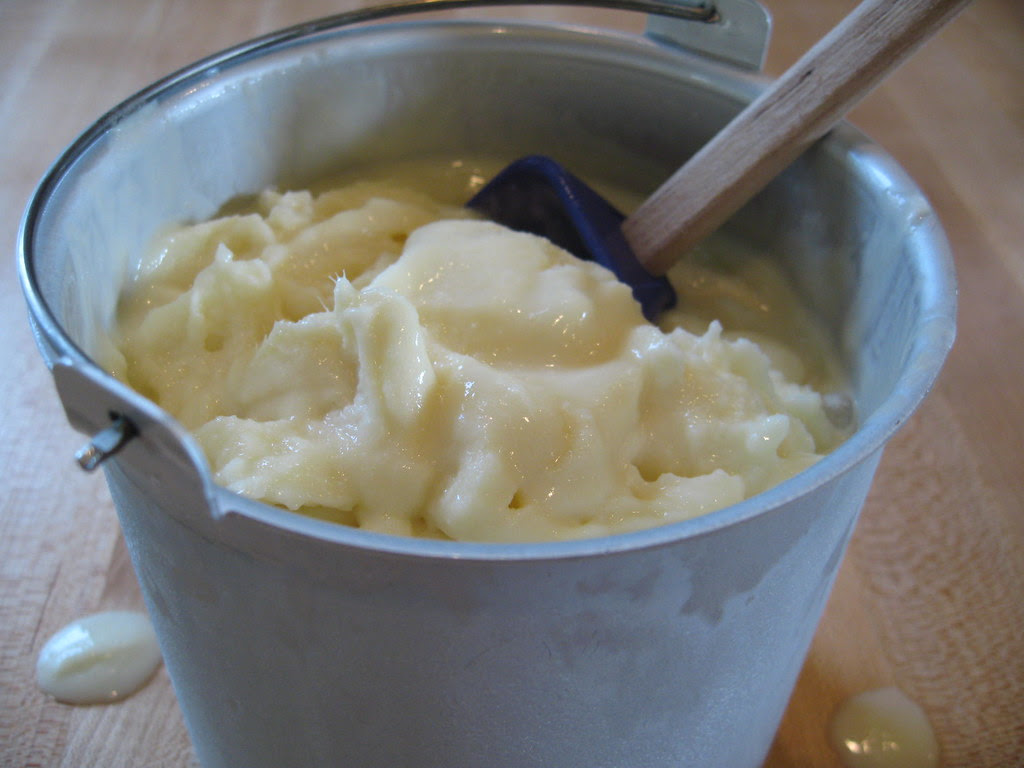 Mmmm! It looks incredible!
For some reason, it reminds me of a un-vegan pie my un-vegan aunt used to make with cream and Creme de Menthe (she used a chocolate cracker crust and chocolate chips on top like yours).
So I'm thinking Creme de Menthe vegan Marshmallows LOL

Wow! Everything is so fluffy and creamy and perfect!

I loved your story Gaia, and I think that Creme de Menthe is a brilliant idea! I am going to give it a try this afternoon. It's funny because when people see the pie, they automatically think that it's a whipped cream/chiffon pie from the look of it.

I want more marshmallow pie!! They were both awesome. And we did eat them super fast. I had to run to get my fork!

Anytime Katie! I'm so glad you liked it. Now you'll just have to come back down.

Put my name on the waiting list for your e-book, it sounds incredible! You know I can't resist anything thats about vegan marshmallows ;)

I cannot believe I missed marshmallow pie. SERIOUSLY. It is heart breaking!

I'm sad to say I've never had marshmallow pie, but I'm SO happy that I'll be able to get the recipe for yours soon! The pie and the ice cream both look too good to be true.

julie,
the pie looks spectacular. i hope you had fun this past weekend...

So many new recipes! I can't wait for them all- your ability to master the marshmallow is amazing.

Marshmallows and whipped cream... clouds of goodness waiting to be made! I can't wait!


Shellyfish of
Musings From The Fishbowl
www.shellyfish.wordpress.com

i cannot wait for that ebook! YUMMMMMMY!

It looks perfect already! I'm so excited about the ebook.

yes, me and the funky stuff (jess) were sad that we missed out on your pie. have you ever heard of cream pies? they're big at the amish-style restaurants that populate my hometown and ohio and pennsylvania. does the marshmallow stuff have a whipped like consistency? b/c dang! peanut butter cream pie was delicious! it had a pudding layer, then whipped cream then a topping of peanut butter-mixed-with-powdered-sugar crumbs. they also had coconut and banana. yum!
oh, by the way, it's a yes on the pistachio kitchen aid. contact me (via ppk?) and maybe i can pick it up soon. (my mom wants to see it, she's in town right now)

peony in a nutshell said...

it looks so super delicious! i'm thinking that this would be good for a ice cream social that i was planning (homemade cones, ice "cream", sandwiches, etc.)

Love the idea for the modern day zine!! I can definitely see that pie in my future....

Let me say once again how awesome that pie was. I can't properly articulate the awesomeness of it.

Hey all...
I've nominated you for a Brilliante Blog Award, for being so awesome! Check out my blog for details. Then copy the award, link to me as the person who nominated you...and then nominate 7 of YOUR favorite blogs!

wow julie that looks crazy!i wish i was able to have gone.

Oh. My. Goodness. I cannot wait to get the recipe for that pie. I'm going to sign up for your ebook now. You are one heck of a saleswoman. :)